I had my first piano lesson, aged five, from a neighbour, Mrs Scutt.  I loved my time with her; she was homely with a cottage bun of white hair and an air of benevolent magic. In her earlier life she had played the piano for silent films and still dressed with a touch of evening glamour, no matter what time of day. When the autumn turned too chilly we didn’t bother to visit the piano in her unheated parlour but sat in front of the fire in the cosy kitchen, working on music theory fortified by fried onion sandwiches and a glass of elder flower champagne. Elder flower season has been a joy ever since – but there is more to this under-rated shrubby tree than its delicate lacy frills; it has history and drama. 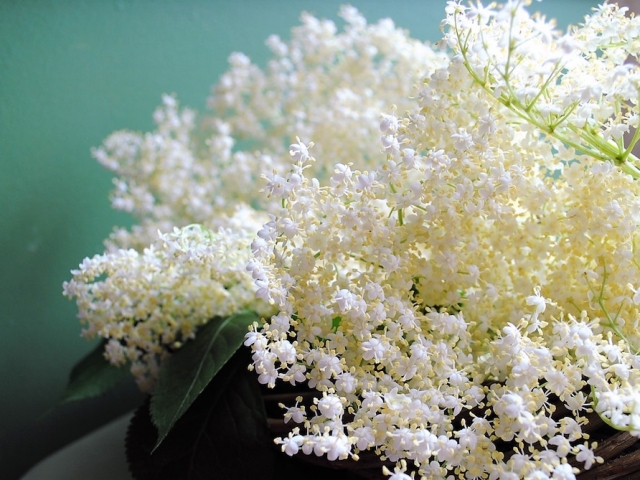 The Elder (Sambucus nigra) is a small deciduous tree, native to Britain and much of Europe too. It’s a bit of a messy plant, especially in the wild, where roses, honeysuckle and clematis often use it as a handy support, and it doesn’t seem to be clear as to whether it is a shrub or a small tree.  Apart from its wonderful scented bloom, and gloriously glossy, dark and bitter berries in autumn, it is a plant which is pretty much overlooked today. This was not always the case – the elder has gathered tales of magic, mystery, death and healing to itself in a long and venerable history of use. Take its untidy woody growth with its rather unattractive ridged bark. The practical and the spiritual worlds melded in a folklore which believed that witches could turn themselves into an elder and that they fashioned magic wands from them but, on the other hand, their pithy stems could easily be hollowed out and were excellent for blowing through, either to make a simple flute or whistle, or to encourage a fire. In fact the name elder is thought to possibly come from the Anglo-Saxon word ‘aeld’ meaning fire. However, it was considered bad luck to burn the wood as the Devil would spit at you and do you harm. In fact, the wood does not burn well and does spit dangerously, plus it is now know that elder wood releases an amount of cyanide when burnt, which could also be a reason why death sometimes came to visit a dear little country cottage. 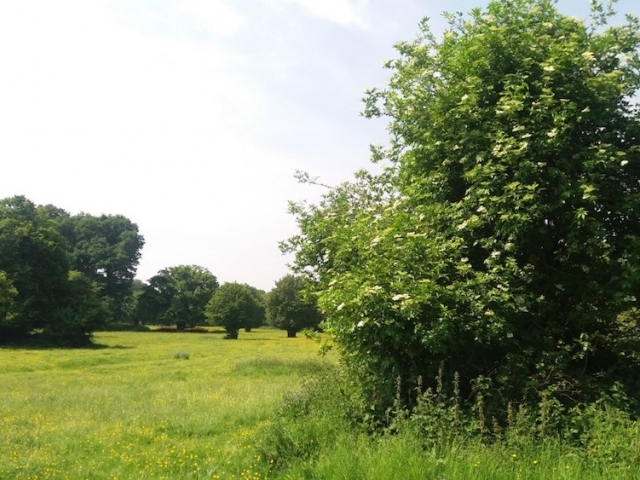 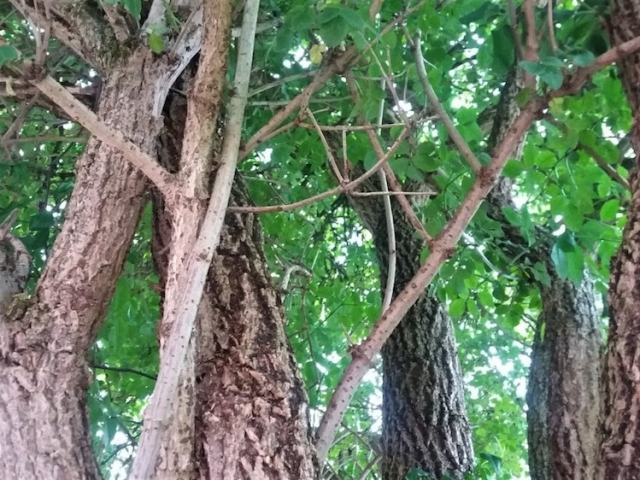 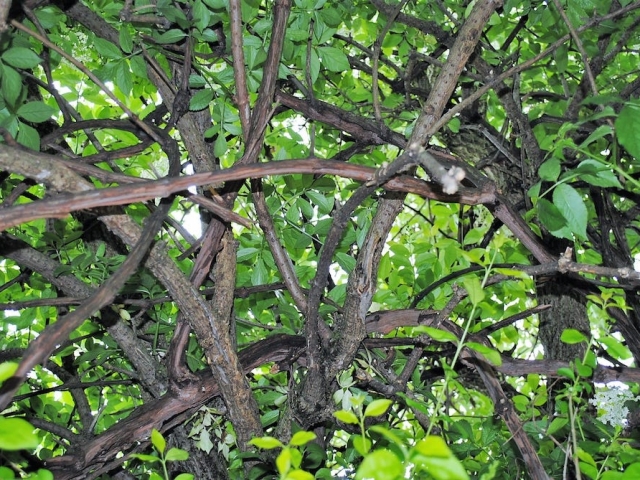 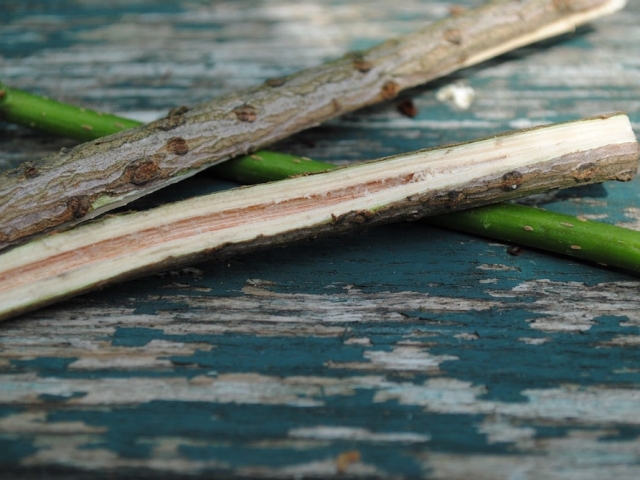 On the plus side, elder leaves have great efficacy as an insecticide, which is probably why people planted them by their back door near the kitchen – to repel flies, not evil spirits. Bunches of leaves were hung in stables and elder switches were used by cattle drovers for the same reason. They were planted near dairies to keep the milk from ‘turning’ and dairy cheese cloths were hung out to dry on elder bushes where they probably absorbed some protective ingredient. It is now accepted that elder has good properties against colds and flu as well as anti-inflammatory qualities, diuretic, antiviral and antispasmodic virtues. With a powerful ability to grow again from the base when broken or damaged the elder has very strong regenerative qualities which were observed and celebrated in ‘cycle of life’ festivities in pre-Christian society. It was a well-known symbol of transformation, change and spiritual renewal and, as such, was demonised by the early church as the wood which made up Christ’s cross and the tree from which Judas hung himself – which is a pity because it clearly wasn’t either but the Church wanted its power annulled. 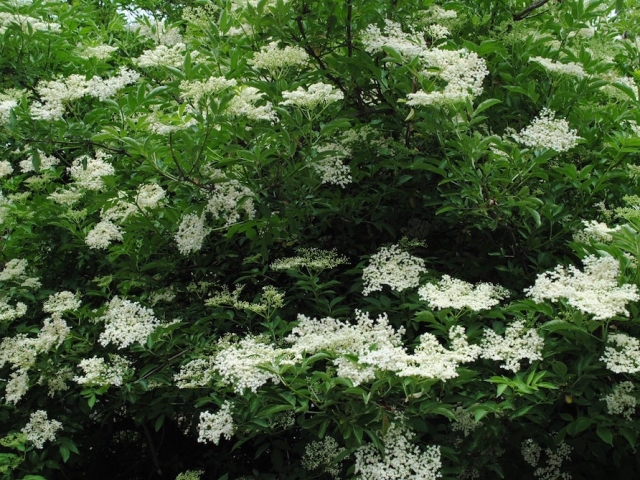 However, back to those delightful star-burst flowers. It appears that they can be made into teas, infusions and tinctures to cure all sorts of ills including catarrh, sinusitis and hay fever. Or, mixed with olive oil and beeswax, they are a wonderful salve for burns, chapped hands, chilblains, cuts and sores. But I like to eat them – in fritters with a dusting of icing sugar and a cup of tea. Do try them out before the pretty white fills disappear for another year – they are the reason I have written this blog! 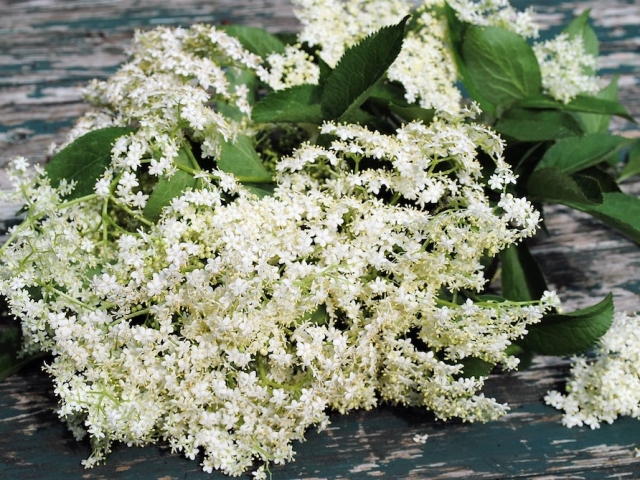 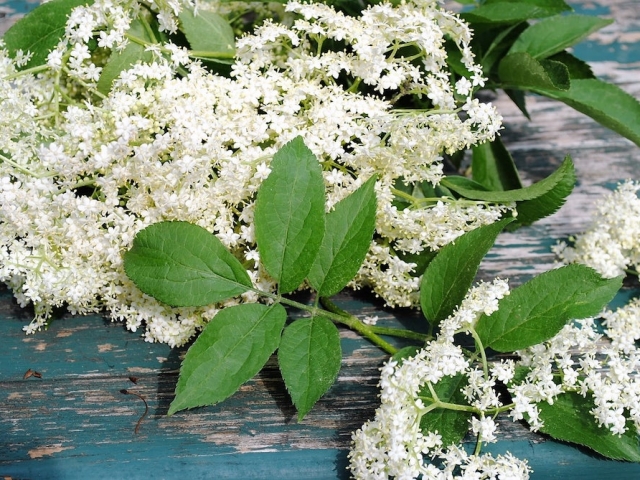 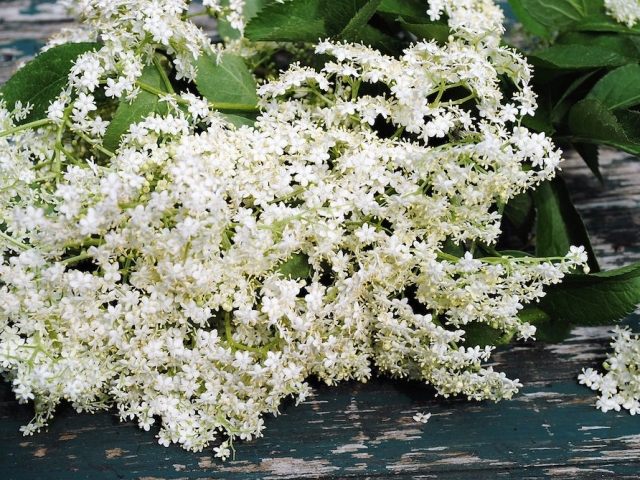 Method: Make a thick paste of the sifted flour, 2 tablespoons oil and the beer or water then add one tablespoon light brown sugar. Leave to rest for thirty minutes or so. Meanwhile, snip the flowers into pretty sized florets and shake well to get any insects out. I like to do this on a white surface as they are often really tiny and you can see when you have got them all out. It won’t kill you if you leave a few in but it is not nice for the poor creatures to be fried alive. After the batter has rested beat the egg white to soft peaks and incorporate gently. Heat the oil in a pan or fryer if you have one (I don’t and never will), and do the bread cube test to see if it is hot enough. The oil should be hot enough to give a light brown colour to the batter fairly quickly but not so hot that it burns in a moment. Now, here’s the important bit – dip the flowers head-first in the batter and shake a bit of the excess off. They will look rather claggy – don’t worry. What you have to do now is gently lower the flowers by the stem into the hot oil holding them for a nano-second before you let go. The flowers will unfurl in to their original starry shape in the time you hold them. If you don’t do this you will get a fried sausage on a cocktail stick affair, full of under-cooked batter, with no appeal whatsoever. Drain on kitchen paper, dust with icing sugar and serve straight away with a cup of tea. They are a delight. 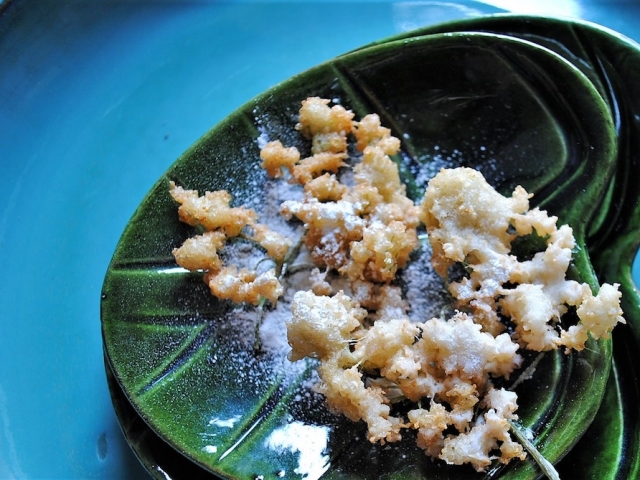 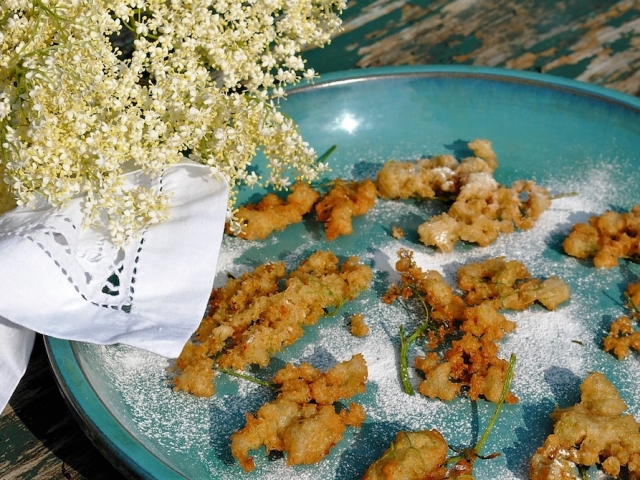 NB I don’t know if the drink Mrs Scutt gave me as a child was alcoholic or not ( elderflower champagne usually is) but when early June dresses in the powder puff  frills of an elder in bloom I can’t help but fall into a fragrant reverie of  scented fizz. If you would like to make some yourself Andy Hamilton, writing in The Guardian, seems to have it under control in this recipe: http://www.theotherandyhamilton.com/2012/06/26/andy-hamitons-delicious-alcoholic-elderflower-champagne/ Of course there are plenty of cordials on sale and Elderflower pressé, which is fizz without the buzz of alcohol – popular but disappointing I find.